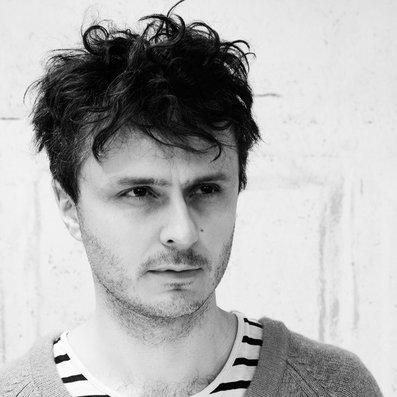 Film by Rufus Exton
2017/18 Paintings 'I Spy'
Inspired by another 'long, hot British summer' and a family road trip through North Devon and Cornwall: battling the elements at Ilfracombe and introducing the kids to surfing on Summerleaze Beach, lungs full of fresh sea air. This time, though, it’s no longer 'young me' that journeys seaward, wedged into the back of a Citroën CX with the luggage and the travel snacks. Now it’s all seen through different eyes—full of reminiscence and a new sense of mid-life self-awareness, as I ‘captain the ship' and return to the same seaside resorts that were so integral to the fabric of my own childhood.
2017 Paintings 'Feathers of Fiction'
The birds in this collection are not observational studies, they are fictitious – amalgamated impressions of the birdlife around my home and studio, abstracted to convey emotions and thoughts as much as objects or moments. They feel like a natural progression of my interest in all things feathered, which began with my last collection. Perhaps it’s becoming an obsession, which I think I’m OK with. Several of the paintings try to capture a sense of group dynamics and constant busyness, presenting an opportunity to be a bit more playful with colour. LITTLE YELLOW BIRDS pays homage to the Franz Marc painting LITTLE YELLOW HORSES, which I loved as a kid.
2016 Paintings 'Birds And Bees'
​Following a motorcycle accident earlier in the year I was left with a broken hand and shoulder, which, at the time, felt like a complete disaster but it forced me to stop and re-evaluate. Ponder. Reacquaint myself with some of the things I cherished and had forgotten. I dusted off the art books and took pleasure again in the paintings of Tapis, Morandi and Matisse... Delved into my CD collection from the 90s with Siouxsie and the Banshees, Tribe Called Quest and the Wonderstuff. So, with a few pads of paper in hand, I tried to relate to these things, the accident, the aftermath - and other simple things within my direct surroundings as inspiration for this new collection.
2015 Paintings 'Pictures Of The Dark'
​Our collective obsession with recording every moment of our lives often burdens us with an over-abundance of imagery – most of it not-quite-right and destined for the digital knacker’s yard. Children are prolific masters when it comes to such photographic oddities, their indiscrimination with the shutter creating a kind of visual stream of consciousness. My phone contains a wealth of images captured stealthily by our four-year-old son and I am drawn to them by my ongoing fascination with life’s rejects and imperfections. On closer inspection these ‘Pictures of the Dark’ possess beguiling qualities, finding truth in the moment and expressing meaning through abstraction. Human forms become vague silhouettes and landscapes are distilled into planes of dark colour that provide the bare minimum of information from which to conjure a narrative.

​The images are laid bare and stripped to the bone, reduced to outlines that are scraped and scratched onto the picture's surface with a rawness that conveys the primitive emotions of love and loss. Figures, vulnerable and fragile, appear twisted or broken – trapped within the confines of their surroundings and contorted by the anguish of grief. Landscapes are swollen or fragmented with subjects that are almost, but never entirely, consumed by desolation.
2014 Paintings 'Open Season'
This collection of paintings derives from a very concentrated period of time, predominately the summer of 2014. After establishing ourselves in our new home we enjoyed some time away with friends at their place in France, a wooded, rural retreat nestled amongst some of Provence’s oldest working vineyards. Open Season is the period during which wild boar can be hunted in the area – an ancient tradition that’s alive and well today.
2013 Paintings 'Making Aprons'
​As the arrival of our second son crept ever-closer and the need for more space both at home and at the studio became increasingly pressing, we decided that the time had come to up-sticks and seek out pastures new. So we took the bold (and slightly emotional) step of leaving our home in Shepherd’s Bush, West London to start afresh in rural Gloucestershire. Here, set amidst thousands of acres of woodland, my studio is a far cry from its previous incarnation in an old match factory next to a London railway line. Landscapes have always been a big inspiration for my paintings, but I’ve never been so engaged with nature as I am now and it was exciting to discover how the change in environment would impact my work.
2012 Paintings 'Candles For Sandy'
​I wasn’t supposed to be painting in NYC; it was supposed to be a bit of a break from London and a scouting mission for new source material, but one thing led to another and I wound up taking a studio in Brooklyn. New York is heaven for an inspiration magpie like me, plus on this trip we happened to be there for Hurricane Sandy and saw the whole drama unfold before our eyes.
2011 Paintings 'Crying The Unknown'
Named after a poem written by Madge Hales and published in her 1955 book Dark Landscape. Catching sight of a dusty, tattered first edition of this book at a London market, I was initially intrigued by the title, which echoes the brooding, abstract landscapes that abound in my own work. Over subsequent months I kept Hales’ book by my side and often delved into her poems during those strange, somnolent slices of time – familiar to any new parent – that punctuated life following the birth of our son, Ronnie.